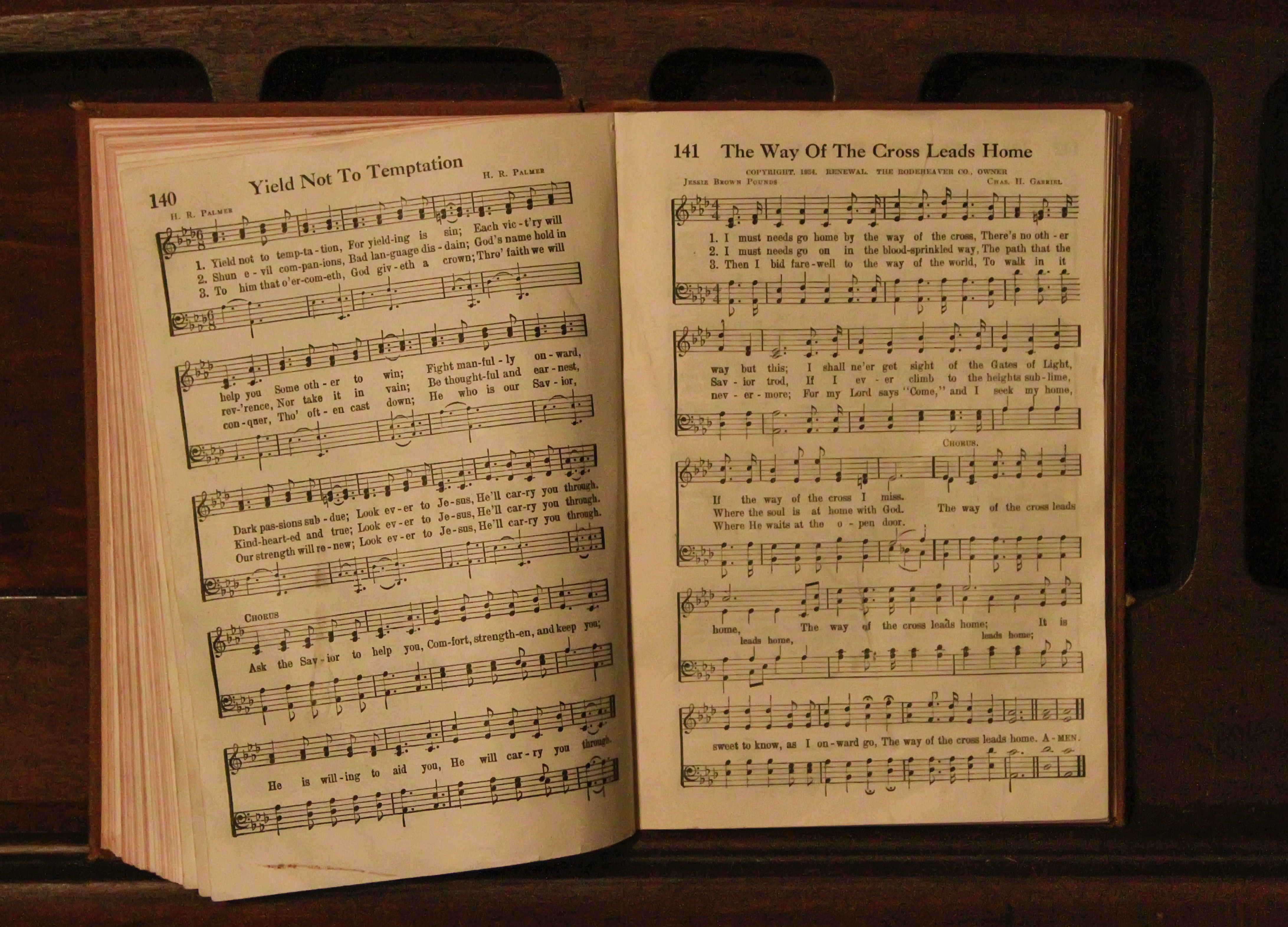 Walking into the auditorium you notice the lack of a real stage and see no elaborate lighting rig or sound system. Perhaps you look around for a piano or organ wall, suspecting the congregation to be more traditional, but find none. You take a seat as the man stands up to extend the welcome and make some announcements. The greeter concludes his introduction and leads the congregation in prayer. Afterward, a man walks up front and center with a book and invites the assembly to sing together in a given song. A worship service containing no supporting instruments - just a capella? It might make you feel strange and begin to wonder.

A visitor burdened with expectations created through prior experiences, television, movies, or other ways may feel that the music service felt flat, thin, empty compared to what they imagined it ought. Is there a reason for this for purposeful simplicity? The short answer to that question is, "yes".

God is more interested in the combination of your obedience to His words and your heart being in it than He is your ability to bring amazing musical talent or complexity. In 2 Kings 5 you have Naaman, a powerful military man who also suffered from the terrible disease of leprosy. He sought help from God through His prophet Elisha who told Naaman to go and wash himself in the Jordan river seven times and God would heal his fatal disease. Naaman turned away in a rage and reasoned that Damascus had better rivers than Jordan; why wouldn't they suffice? Naaman was given sage wisdom from one of his servants when he said, "...if the prophet had bid thee do some great thing, wouldest thou not have done it? how much rather then, when he saith to thee, Wash, and be clean?" (2 Kings 5:13). Naaman took his servant's words to heart, obeyed and was healed of his disease. This Old Testament example is a guiding principle for us today in our topic of music and worship. Our worship doesn't need to be complicated, magnificent or grandiose by our thinking - what truly matters is what God has told us He wants.

God created human beings with a tremendous capacity for imagination and creativity, but when they come together to worship it is not the time for that kind of demonstration. Worship is first and foremost about God and NOT men. God expressly communicated His desires for worship. Particularly in the offering of music in worship God has plainly asked for singing; nothing more, nothing less, and nothing else.

Twice in the New Testament the church is instructed to sing. The apostle Paul wrote to the church in Ephesus saying, "Speaking to yourselves in psalms and hymns and spiritual songs, singing and making melody in your heart to the Lord;" (Ephesians 5:19). In a similar passage, Paul wrote to the church in Colossae saying, "Let the word of Christ dwell in you richly in all wisdom; teaching and admonishing one another in psalms and hymns and spiritual songs, singing with grace in your hearts to the Lord. And whatsoever ye do in word or deed, do all in the name of the Lord Jesus, giving thanks to God and the Father by him. (Colossians 3:16-17). In both passages the instruction is to sing. While in Ephesians there is an instrument to be played, but that instrument is the heart which nicely corresponds to Jesus' instruction to worship in, "spirit".

It is tempting to think that God would be pleased with something you imagine and say you're doing it, "for" Him and thus in His name, but doing something without His authority is contrary to His name. Consider the case of Nadab and Abihu in the Old Testament. These men were the sons of the High Priest Aaron. God gave explicit instructions on how to conduct the worship and in particular the fire in the altar of incense. Nadab and Abihu chose not to follow the instructions given. God had not itemized every other source of fire and said, "Thou Shall Not,", He simply specified what He wanted. When Nadab and Abihu committed their sin, The Lord destroyed them with fire and they died. While this seems rash and tragic, their efforts are a memorial to all future generations on how God feels on similar transgressions. What was their sin? The Bible says, "And Nadab and Abihu, the sons of Aaron, took either of them his censer, and put fire therein, and put incense thereon, and offered strange fire before the Lord, which he commanded them not." (Leviticus 10:1). God considers offering something other than what He requests a corruption of worship.

When worship comes from the heart, singing is an expression of inner joy and the heart is the only instrument necessary for meaningful worship (James 5:13). A worship assembly whose music is built around sensuality easily hides a lack of real spirituality from the worshiper. It is easy to mistake the emotional response to highly skilled and talented musicians for your own personal spirituality, but simply following God's is the remedy.

Churches of Christ believe strongly in having scriptural authority for all we teach and practice. We do this because the Bible says, "Whatsoever ye do in word or deed, do all in the name of the Lord Jesus" (Colossians 3:17). "Whatsoever" and, "all" are comprehensive words. To do a thing "in Jesus' name" means to do it by His authority. The Bible warns against venturing beyond "that which is written" (1 Corinthians 4:6) or adding anything to God's word (Revelation 22:18–19). We must not think we can go out of bounds and God will be pleased with our offering (2 John 1:9).

Christians worship God in their singing by offering the song of their voice with joy in their hearts - just as God commanded.

The Heart of the Matter → 4 minute read